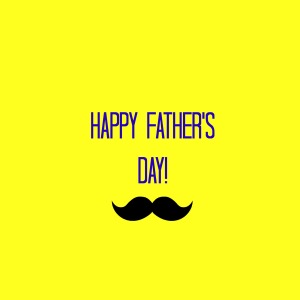 I grew up without a father. He walked out of my life when I was in the 5th grade, and even before then he was hardly present. When I was about a senior in college, my Sorority  members and I served at the Salvation Army. When I served this one particular man, I felt something. We made eye contact, but said nothing. He moved down the line, and asked one of my Sorors where we were from. She replied, TCU. He then asked if she knew a Tamara Taylor. She said nothing. And I said, I’m Tamara Taylor, and at that moment I knew exactly who he was. We talked and he told me how he’d kept up with me through some of my cousins and the newspaper. He’d seen my debutante picture in the Fort Worth Star-Telegram, and apparently, so did some inmate, but that’s a different story. A few years went by before I saw or spoke to him again.

Although, I did not have my biological father around, my Heavenly Father was always looking out for me. My dad is now 11-12 years clean. He just told me that he started drinking heavily in the 6th grade. He also became addicted to drugs. What would my life have been like had he been around? Who knows other than God. It would have been nice having a father, but God gave me the most awesomest Papa and Uncles who have always believed in me and told me how beautiful I be. I didn’t know it was not the same until I heard my father say it for the first time.

I’m grateful for the life I have. God knew exactly what he was doing even when I didn’t understand. I have no idea what God protected me and even my Mom, and siblings from. He is so awesome that way. So, when you don’t understand why someone walks out of your life, trust God as hard as it might be. He knows best.

I don’t have a picture with my dad, but I spoke with him this morning and here are a few nuggets from the conversation. “You can’t make in this world by yourself. Sometimes God has you going in a different direction to get you where you want to be. God’s got you. One of God’s greatest gifts is love.”

Happy Father’s Day to all of the fathers out there.