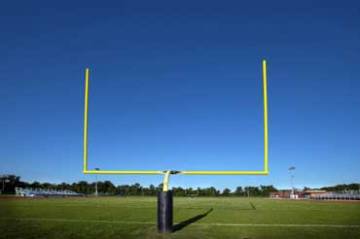 So, I had brunch with Robyn today and we talked about some of everything. In the middle of our conversation, she said, “well, he keeps moving the goal post.” It was perfect; it’s EXACTLY what was happening. Which brings me to this post. If you say, “I forgive you” or something similar, then forgive and move forward. Don’t say you forgive, and then make someone jump through hoops when they know they’ve made a mistake and am willing to right a wrong. Forgive and move forward. It was seriously, like, the best thing I’d heard all day because it described a situation perfectly. We all need forgiveness at some point or another. Don’t make someone suffer from their past mistakes once you claim you’ve forgiven them. If you need more time, say that. If you don’t think you can forgive, then say that, BUT remember the consequences. Don’t say one thing and then the next time say something different. Let the person score already! If not, they will just stop trying to prove to you that they messed up, and will just move on.